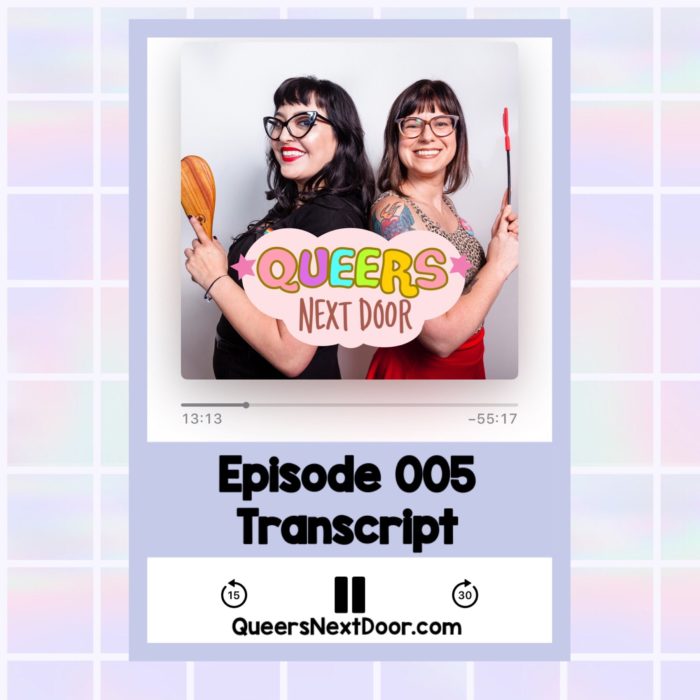 Hey guys. Thanks for getting to my question. It was a lot of help. I will be sure to tell people about your podcast after each episode so they can know how awesome you two are.

(continues reading) Sorry for not leaving my name last time. It’s Brandon. I subscribe to Megan’s and now the Queers Next Door Patreon. You can say my name on air.

(pauses reading) Oh I guess I didn’t have to read out loud. Oh well.

M: (laughs) (continues reading) I do have a new question for you. When I go to sex parties I notice I get nervous around people. This is normal given I don’t socialize much. Since I started going to parties with queer, cross, and trans folk, my nervousness goes away quicker, but when I’m at parties mostly with cis women and couples, I get more nervous, and it sometimes affects my performance. The nervousness reminds me of when I graduated from my all boys high school and went to college with men and women. It was hard to socialize with women and left me feeling anxious. Do you guys have any idea why I might be experiencing this? I’d really appreciate your feedback. (stops reading)