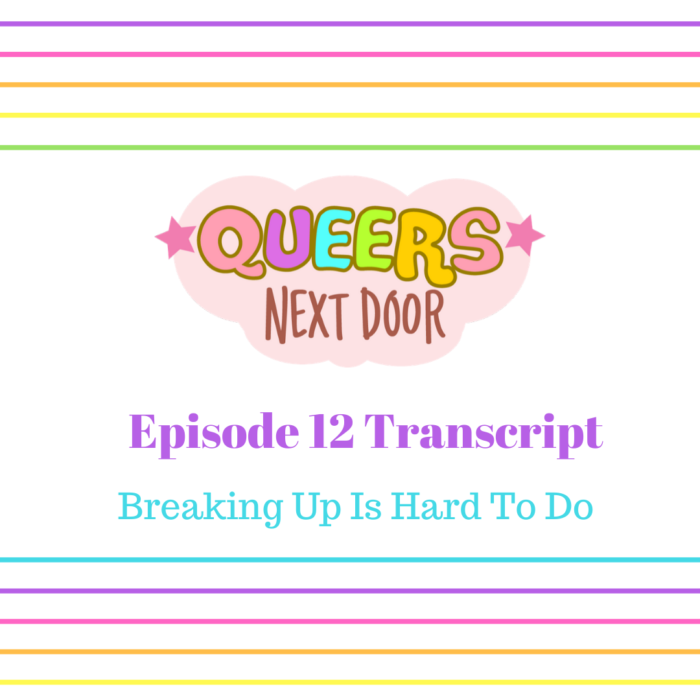 Megan: Welcome to Queers Next Door
Leigh: with your hosts Leigh and Megan.
M: We take the topics you care about:
L: sex, relationships, feminism, kink, social justice, and entertainment,
M: and look at them through a queer as fuck lens.
L: Find us on Instagram, Twitter, and Facebook at Queers Next Door
M: and make sure to follow the blog at queersnextdoor.com.

(commercial begins)
Dick: Hey everyone. It’s Dick.
Max: And Max.
Dick: The hosts of Off the Cuffs, a kink and BDSM podcast.
Max: A podcast for those in the lifestyle and those who are curious about it.
Dick: Each week we sit down with a different guest to discuss their radioactive spiderbite into kink.
Max: And it gives everybody a chance to express themselves in matters of sexuality.
Dick: And a platform in which to express it.
Max: It’s conversational, it’s educational, and it’s a lot of fun.
Dick: More and more people have been reaching out to us, telling us what they’ve learned about themselves, just from us sharing our stories with each other every week.
Max: So find Off the Cuffs on iTunes or your favorite podcast streaming service.
Dick: And follow us on Twitter and Instagram @ocpkink
(commercial ends) 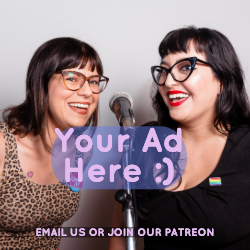